Because of its universal design, the Tinwoo Quartz is a fitness watch suitable for both adults and children. It also has a few features to look out for. 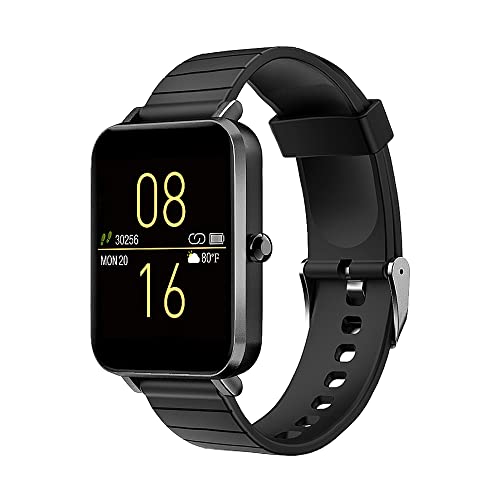 Despite not being an Android Wear watch, the Tinwoo Quartz has some impressive features and a low price.

The Tinwoo Quartz is a low-profile custom option. The more premium metal band version uses a magnet to keep itself closed, and despite some pinching from the basic chainmail band, it ends up being fairly comfortable to wear for an entire day.

Tinwoo Quartz settings are simple and straightforward. Its settings page has three settings: the first changes the watch face, the second controls screen brightness, and the third controls how long you have before the screen turns off – you can set it to always-on, but that reduces the brightness.

Fitness tracking features are also included. Swiping from left to right brings up a step counter, distance counter, and estimated calories burned, and returning to the “app drawer” lets you tell it you’re going to do an activity and it will track your progress. You can also monitor your heart rate, which is located on the leftmost page. It does, however, report a slightly erroneous fluctuation in one’s actual heart rate.

The Tinwoo Quartz does receive phone notifications. It’s a simple setup, but it’s a feature you can’t disable. While you may receive notifications, you cannot interact with them; there is no “open on phone” and no “reply on watch.”

The only controls available are the media options. You can play/pause, skip forward and back, and change the volume of the music, but strangely, it tells you what song is playing as a notification rather than anywhere near the media controls.

The tiny 210mah battery only lasts about a day and a half on full brightness and 3-second screen on time. Though it’s not poor per se, it’s a long way from the 13+ days of “working time” quoted on their website. The magnetic USB cable makes charging relatively simple, and the watch is also IP68 rated

Product sentiment (% of positive sentences about the product)
86%